I am really excited today to welcome Leo Carew to my blog with an excerpt from him new book The Spider, the long awaited sequel to The Wolf. Shall we check out what the book is all about?

The Spider by Leo Carew
Published by Wildfire on July 30, 2019
Pages: 544
Buy on Amazon UK
Add to Goodreads


Control of the land under the Northern Sky rests in the balance as two fierce races collide in the sequel to The Wolf, a thrilling and savagely visceral epic fantasy from Leo Carew, an author who "will remind readers of George R. R. Martin, David Gemmell, or . . . Joe Abercrombie." (Booklist)

Roper, the Black Lord of the north, may have vanquished the Suthern army at the Battle of Harstathur. But the greatest threat to his people lies in the hands of more shadowy forces.

In the south, the disgraced Bellamus bides his time. Learning that the young Lord Roper is planning to invade the southern lands, Bellamus conspires with his Queen to unleash a weapon so deadly it could wipe out Roper's kind altogether.

And at a time when Roper needs his friends more than ever, treachery from within puts the lives of those he loves in mortal danger . . .

This sounds rather intriguing but if the blurb has not sold you completely, let us check out what has been said already on tour!

Between the Pages Book Club says

The Spider is book two in the Under the Northern Sky series. It is a thick book at 471 pages but easy to get through for myself as I loved it. This book got me excited! It was all I could think about until I finished it. It has some strong, determined characters within! A real page turner. Brilliantly written. This series could be huge and has so much potential, I’d love to see it turned into a film or tv series.

Over The Rainbow Book Blog says

The descriptions in this book were just brilliant and so vivid that it is easy to imagine the world in your mind. I felt like I was actually there alongside the characters experiencing everything with them. The author does a great job in developing the characters and the relationship between them in this book which made the story seem very real.

Books of All Kinds says

As always with Leo Carew’s writing, the imagery is majestic as every battle scene, every conversation, every scene jumps to life off the page and comes alive like a movie in front of your eyes. The characters and their relationships felt more developed in this book and I became even more invested in what would happen and who could be trusted. This is definitely a large story but there is not an unnecessary word used and every page holds your attention from beginning to end.

When I read The Wolf I knew immediately that this was a writer I was going to read obsessively- fantastic world building, diverse and intriguing characters and a cleverly insightful political landscape.

Now with The Spider all that has just been confirmed for me- a quite simply brilliant, addictive, descriptively beautiful piece of storytelling with a lot of depth and emotional resonance.

Whilst this is a hefty book, I was so embroiled in the story that before I knew it, I had finished it. The planning and the execution of the battles were intense and I feel as physically drained as the soldiers fighting. Whilst Roper and Bellamus are the MCs and important to the book, the secondary characters played a big role in the telling of the story and I was pleased to see that Keturah had a big part to play. She had stepped up her game and there were times that she was crucial to the scheme. The relationship between her and Roper was a lot stronger and showed how supportive she was to him

As with The Wolf there are some heart stopping moments, fear inducing ones and lighter times, chats around the camp fires were my firm favorite scenes. If you like epic historical fantasy you are going to love this and I wouldn’t hesitate to recommend it.

Check out an extract over at Mixing Reality with Fiction Book Blog.

Wow!! Now on to the excerpt I have for you today!!!

The Black Lord was a tall man, though not as tall as often supposed. He held his back very straight; his hair was dark, his face robust and stern at rest. But that was an illusion, and his attention, if you gained it, was consistent, personable and intelligent. He was a man of sharp edges, concealed by a practised and deprecating manner. It was only the very few close to him who saw the ticking heart like a clockwork spring that drove him on, on, on. And at this moment, his face had assumed the distant mask he often wore in times of turmoil.

Because his brother was dead.

He stood, wrapped in a dark cloak, on a white sand beach at the head of a long lake. The only person within ten feet was a tall woman with black hair and poisonous green eyes, she too enfolded in a dark cloak. Her name was Keturah, and the pair of them stood slightly apart from a score of mourners, buffeted by the wind rushing the length of the water.

Along the lake’s edge, some fifty yards away, a procession was approaching. A dozen boys, no older than twelve, walking together in two parallel lines.

They were carrying a child’s body.

A grey, limp presence held awkwardly between the lines. The mouth was a dark ellipse. The arms, like slim boards of  willow, bounced with each step. The flesh was naked but for a layer of charcoal, and a chain of raptor feathers clutched at its neck, and behind the procession a vast stretch of a drum thumped with each step they took.

Roper did not notice the drum. He did not see the mountains enclosing them on three sides in a sheer verdant wall, or the grey waves swept up by the wind. He was lost in the memories that swarmed this place.

He remembered a still day on this very beach, when he and the dead boy had been engulfed in a cloud of midges. He remembered how they had run up and down the beach to try and lose them, but wherever they went, still more waited for them. How they had plunged into the waters of the lake to wait for the return of the wind, and found it too cold. They had finally taken refuge in the smoke of their fire, which though he had to breathe hot fumes, Roper found preferable to the swarm beyond. He had said he was going to make a dash for their cloaks, and his brother had declared that the midges would have reduced him to a skeleton by the time Roper returned. They had joked that together, they would spend the rest of their days attempting to find the Queen Midge, should such a tyrant exist, and destroy her as a favour to all humanity. Surely they could do no greater good.

He remembered the moon-blasted night they had fished together on a promontory at the far end. How he had been surly because his brother had caught two fine trout, and he had managed nothing. He remembered the last time he had seen Numa, standing on this beach with the iron clouds stretching behind him. Roper had turned in his saddle as he rode south with two unfamiliar Pendeen legionaries. He remembered how Numa and his twin had looked back at him and had not waved: merely shared one last look before Roper turned away. He remembered the steady metallic hiss of the rain stinging the flat lake. He remembered the cold of it running down his cheeks and over his lips. He remembered it all, but could feel no grief. All he had was the restless ticking in his chest, seeking revenge.

The procession was drawing near the grave at Roper’s side, its earthen walls impressed with interlinking handprints, like a canopy of leaves. As it came close, the mourners began to sing: a gentle lament that quivered and shook, swelling with the body’s approach, and presently becoming a funereal  howl that almost drowned the reverberations of the drum. One of the singers standing by the grave was the double of the corpse, his face a tear-  stained mirror to the scene before him. Gray was next to him, singing with the others, and placed a hand on the boy’s heaving shoulder, eyes not leaving the swaying body.

It was manoeuvred into place above the grave, head facing east, and close enough that Roper could see the lacerations in the skin, cut to ribbons to hasten the moment his brother’s bones rotted into the earth. The dark limbs were folded to the body’s side. For an instant it floated above the grave.

The reverberations of the drum faded and the singing fell away. Even the wind fell still.

Then the body dropped.

It plunged into the earth, a filthy embrace whooshing up in reaction. There was a distant thump as the corpse hit its resting place. Then Numa’s peers and his stricken twin began pressing the piled earth forward with their bare hands, filling in the grave. Roper turned away then, receiving a momentary assessment from the green eyes at his side.

‘Now we find out who killed him.’

The third of four children, Leo Carew grew up in the centre of London, in the shadow of St. Paul’s Cathedral. Inspired by audiobooks, he developed a late interest in reading and began trying his hand at writing soon afterwards. It was at this time that he also developed a sneaking suspicion that the city was not for him and spent as much time as possible exploring remote areas. After school, this led to two formative months spent on expedition in the High Arctic archipelago of Svalbard.

Three years followed reading Biological Anthropology at Cambridge University, most of which was spent staring out of the window, dreaming about colder climates. Obligatory time with serious studying done, Leo returned to Svalbard – Old Norse for “The Cold Edge” – where he lived in a tent for a year training and working as an Arctic guide. During this time, he revisited a novel he had begun at the age of 12 and began reassembling it in the considerable space offered by 24hr darkness. A reluctant return to London to train as a doctor and pursue a career as an army medic followed, during which time he completed his first novel, The Wolf.

Leo currently lives in London, writing, studying medicine and breaking off as often as possible for an adventure somewhere cold and wild.

« Those famous words.. “it’s me not you” and “we need a break”
#BookBlitz of From Inside The House by W.D. Jackson-Smart @wdejackson @PantherPubs #FITH #DIGraves » 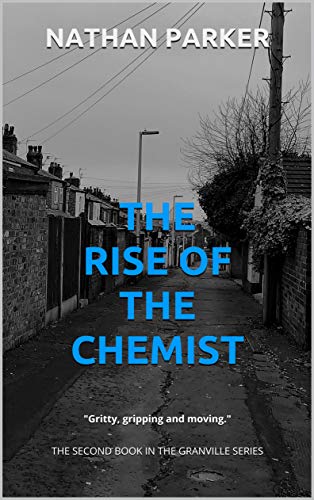