Really excited to have Jim Alexander on the blog today, with a Guest Post he has written for me! He is the author of GoodCopBadCop which we will also take a look at! And if you think that the book cover looks familar…well take a look at the author photo below…

So what is the book about?


GoodCopBadCop is a modern crime take on Jekyll and Hyde where the 'good cop' and 'bad cop' are the same person. It is a modern day police procedural story where our main character tries to juggle the various crimes he's investigating while juggling the psychotic impulses inside him. This is not a story about a good man turned bad, or a bad man turned good. Both good and bad arrived at the same time.

The novel delves deep into the psychological trappings, black humour and surrealist overtones of the crime novel. Tartan noir with a delicious twist. It really gets into the gut(s) and mind(s) of the main character.

However, this is still very definitely a crime thriller rather than an introspective story about a police officer or spatterpunk. The investigations are both engaging and iniquities deserving solution, creating a strong desire for Brian to solve the cases.

This is strengthened by Brian’s character. Whatever a reader might feel about “bad” Brian, “good” Brian is as sympathetic and likeable a character as many other decent coppers in police dramas.

GoodCopBadCop is a hugely enjoyable no-holds-barred romp of unhinged psychosis and violence (and I’m not just talking about the bad guy). The dialogue, courtesy of Mr Alexander is as crisp and dynamic as ever which provides a nicely authentic feel of that area of the world without ever falling into Rab.C. Nesbitt territory of pastiche. As I’ve already mentioned, this is a violently harsh tale (though it must be said, not without its humour) that deals with subjects that some may find challenging in their grim depiction. I personally found the reading experience completely pleasurable and simply cannot wait for the world to get a hold of a copy of this deliciously dark story.

This deftly underplayed, chillingly believable and outrageously black-humoured yarn is a perfect addition to the annals of Tartan Noir: smart, sarcastic and ferociously engaging. If you like your crime yarns nasty and your heroes deeply flawed, GoodCopBadCop is a book you must not miss.

So you lucky readers are in for a treat because Jim has kindly provided an excerpt from his book too! I just love it when I can treat you!!

‘You can’t judge a book by the cover.’

Or so the saying goes. Bo Diddley even sang a song about it. And yet …

The cover is a gateway to that mystical, magical land of first impressions. It is designed to grab your attention. Tweak you by the eyebrows. Grab you by the collar and bundle you into the boot of a car. Or, you know, something broadly on those lines.

But of course you are a discerning reader. You want to know more about the book. ‘GoodCopBadCop is a crime novel with a twist. It is a modern crime take on Jekyll and Hyde where both ‘good cop’ and ‘bad cop’ are the same person.’ Now look again at the image at the top of the page. The cover works doesn’t it? It takes this brief description and gives it heft. It gives it layers. You’re staring into the eyes of the cover–and it is staring right back.

You might want to read an extract. There’s a short one at the bottom of the page. You might want to read a review from Zoé on this blog. Zoé hears you and she’s on the case. I’ve not even asked you to do it, but I just know you’ve glanced back up again; you’ve taken another look. Magnetic isn’t it? It’s telling you something; whispering something. It’s making promises.

When I decided to self-publish this novel, I was something of an empty canvas where book publishing was concerned. I had experience in publishing, but the actual publishing of a novel, all the special rules and exotic foibles, this was a new one on me. The one overriding piece of advice across the web (besides the really obvious stuff like actually starting and finishing the book) was to never underestimate the power of the cover to lure the reader in. To decide what cover I needed, the advice went on that I should research other covers out there in the public domain in the same genre as mine. In terms of crime, psychological drama, there are plenty of examples out there to pick from. Covers consisting of dark silhouettes. Gloomy, grey and foreboding backgrounds. Eyes popping out from the darkness.

In my mind I was already drawn to the cover of American Psycho written by Brett Easton Ellis. It’s such a striking image of a normal face with a fleshy ruby red palate inserted around the eyes. A suggestion that something is happening under the skin. For GoodCopBadCop, I wanted something which suggests duality, two very distinct sides to the main character’s personality. I was thinking, one side of the face saying normal bloke, and a second image superimposed that hints at something much darker. I was also drawn to the idea of a split cover on the same lines as He Said/She Said as written by Erin Kelly.

With this approach in I approached Alex Ronald. Alex is a cover artist of some repute, especially in the world of comics. To add another string to his bow, he’s drawn covers for Titan novels. I’ve known Alex for many years, although up until that point I’d not had many opportunities to work with him. But he was available, he liked the idea. We met up, talked some more, and he was in. It didn’t take Alex long to produce a test image blending American Psycho with the split cover reference. That was the brief, but what Alex the bearded boy genius came up with was something uniquely GoodCopBadCop.

After this, everything clicked. A few steps later and GoodCopBadCop, finished cover and all, was ready to be unleashed on an unsuspecting, but I hope not undeserving world.

‘You can’t judge a book by the cover.’

For the most part that has to true. But there are exceptions to every rule and in the case of GoodCopBadCop I think you can judge the book by the cover. The cover has made promises, and you can be sure on each and every one of them, the writing–the acerbic, hurly burly, bitingly psychological prose–will deliver.

Also, as wee footnote to follow is a photo of me. It was used by the artist as the template for the cover. I never realised, not a Scooby at any stage of its production. It took my two-year old to point at the cover image and say ‘daddy’ before it finally dawned on me. At least the artist has improved on the hair.

And I think that’s it. Ah, wait a minute, I mentioned an extract didn’t I. Ok, one more glance at that cover. One read of the extract below. And I think that’s us done. You have my permission to start thinking about what you’re having for breakfast.

What a ride of read that was! I have a been so kindly given a copy of this book to read and I can not wait to showcase it on the blog! So you ready for the excerpt?

When I woke, things seemed no less hazy than they did before. I was in a white room. In with the needles and disinfectant.

I was in a hospital bed. Pain encased me like a block of concrete, but not sufficiently enough, apparently, to warrant a morphine drip. Next to my bed on a side table were daffodils in a vase and a paperback, Crash by JG Ballard. I had no recollection of how they got there. I wasn’t sure if either of them weren’t someone’s idea of a bad joke.

I had dipped in and out. It was all a dream of course, but as it played out, there was this strange sensation where I could have sworn I wasn’t completely asleep, not the whole of the time. Case in point, I tried to shut my eyes for a minute, tight, to exorcise a bad thought, but there was no measurement of time available to me except for the counting of seconds in my head. And to be alone inside my own head, I found this intolerable, too much like mental torture.

I couldn’t ignore it anymore. I lifted my left hand to inspect it. Tightly bound in frost-wrapped dressing. White, bulked up; recognisably hand-shaped, except for one missing digit.

All I could do was wait. I had a thought. If I changed and became the monster inside, became the other me; let all the fury and hate bubble to the surface, kicked some doors in and shouted out a selection of well-worn obscenities, changed outside as well as in, what then? A complete transformation? That my finger would grow back? Would I be whole again?

A chair suddenly came into play; shepherded next to the bed; someone had entered the hospital room. I was no longer to be alone with my thoughts. Good thing, bad thing, who could decide?

Ahhhh I can not wait to read this! Thank you so much Jim for the guest post today and the excerpt too!!

Jim Alexander is an award-winning writer who has worked for TV (Metal Hurlant Chronicles) and for DC (Batman 80-Page Giant, Birds of Prey) and Marvel (Uncanny Origins, Spectacular Spider-Man). GoodCopBadCop is his debut novel

2 responses to “#GuestPost by Jim Alexander @JimPlanetJimbot, author of GoodCopBadCop” 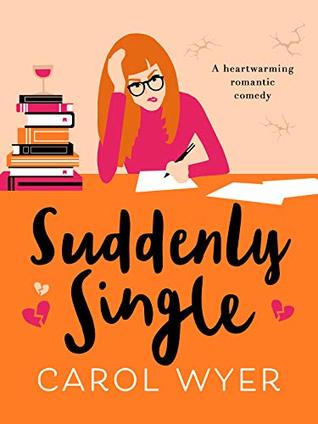