When I first announced my idea for my AuthorTakeOver, I initally contacted a couple of authors (which then blew up!) but Anne reached out to me. At this point, I had only read her first book Dancers in the Wind but I had the next ones on my list to read so this gave me an extra nudge to do this.

Today I thought I would kick it off with Anne taking over with a post she wrote about her relationship with her MC Hannah.

A question I am often asked is whether Hannah Weybridge is based on me, after all, she lives in my house, is a freelance journalist and single parent as am I. Of course, Hannah is fictional but I couldn’t put it better than Virginia Woolf who wrote: “Every secret of a writer’s soul, every experience of his life, every quality of his mind, is written large in his works.” Although I would probably have changed his to her!

My first book in the series, Dancers in the Wind was inspired by interviews I did for a national newspaper and magazines with and about prostitutes so yes my protagonist is loosely based on me – as a starting point – and then my imagination takes over. I have dug deeply into some of my own experiences to create Hannah however her life has been refracted through various prisms. How she reacts to situations is part of her personality, not mine. I must say I wish I had her grit and determination. She is, like other characters, one of my imaginary friends. I confess I love the way characters arrive in my narratives – sometimes uninvited. I remember once consulting a spiritualist who told telling me she saw spirits vying for her attention and that’s how I feel. Sometimes they are all clamouring for a bigger role. It can get quite noisy in my head. Writing a series gives me the opportunity to explore characters who have had a minor role in a previous book.

One thing I was acutely aware of in my fourth book, Perdition’s Child, was how lonely Hannah was feeling and that’s certainly something I have experienced both as a single parent and a writer. Writing is perforce an isolating experience and it’s easy to feel cut off from the world. Social media is a great asset but can also highlight one’s own insularity – everyone else seems to be part of a group and so on. It’s too easy and detrimental to one’s own well-being to make comparisons with other authors’ achievements.

Last year writing Perdition’s Child I often felt anxious – not writing-related – and lonely even though I have a lot of friends. This seemed to be reflected in my writing, certainly in my main character’s life. Hannah met DI Tom Jordan in Dancers and since then they have had an on-off relationship over the next three books (I hope that’s not a spoiler). Just when their relationship seems to be moving forward, something happens to ignite mistrust and distance them.

However there are other romantic interests in Hannah’s life – even if she is not aware of them or is not encouraging them. I have quite a bit of fun playing with characters’ emotions. I have been surprised by how many readers have fallen for Tom – although some have read between the lines – and I suppose I have a soft spot for him.

Of course the major relationship in Hannah’s life is with her baby daughter, Elizabeth. My own daughter is now an English teacher and one of her colleagues remarked that I’d based Hannah on her. She was amazed and replied, “No, I’m the baby!”

I must admit I have a huge soft spot for Tom and I love reading his scenes with Hannah when he is about! I do love reading about how much of the author is in their books so thank you for enlightening me!

4 responses to “It’s Here! The Day For A New #AuthorTakeOver. Hannah and Me by Anne Coates @Anne_Coates1 #GuestPost” 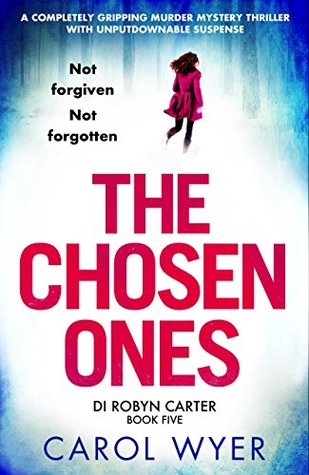