What if you made one mistake and it came back to kill you?

When Met Police Detective Troy McEwen, is found dead in his home. The official verdict is suicide. But his friend and fellow detective, Zac, believes it was murder. And he thinks he might be next on the killer’s list.

If Troy didn’t take his own life, then who did?

As he investigates, Zac discovers a link to an incident from decades earlier. Mistakes were made that day. Lives were lost and secrets kept. Until now…

As more people who were there on that fateful day are found dead, Zac knows that the killer is closing in on him…

I first read this in July 2018 and this was my introduction to Zac and Chris and I have not looked back since. I remember reading this, not realising at the time this was Book 2 in a series. There are things that are alluded to from Book 1 which did confuse me at first but then it drove me to go out and buy the first book so I got the whole picture!

What did I think then?

Well, it is official, I think I have found a new detective that I might just love a little bit. Detective Zac Boateng is up there with Bosch, Cross to name some of the greats. One of thing that I did adore about him is that he is not your typical type of detective, in the fact he is happily married and has a family, albeit suffering a loss of his daughter, but he has a wife who supports and loves him dearly. I love this! (Not the loss, but the commitment to each other) He is, however, your typically flawed detective, with a lot of baggage he needs to let go off. So many secrets he is keeping, mainly the one that could get him killed…. what happened in 1998? Why are people dying because of it? Want to know…. well, you will need to do something very special…you ready…. read the book

Zac is restless, his friend has committed suicide, but Zac can’t accept it, especially as hours before Troy text him asking him to pop over to discuss “back then”. Seriously stop teasing me already especially with so many people in potential danger! What happened? In Zac’s mind it is murder and as he discovers more information to another case he is working on, it links back to Troy’s death. Someone is watching Zac, and watching him keep secrets…but who? Someone with invested interest with the case that is for sure.

I love Jones too, so naïve, still young in the teams’ eyes and apparently being a girl doesn’t help! She cares and worries about Boateng, whilst having to deal with some weirdo who happens to be working in their office, I mean seriously what do you want? Always watching…. because that wouldn’t freak anyone out would it!

I sound like a broken record lately, I keep picking up books, getting enticed by them, throwing everything at them to discover they ae part of a series! Doh! And then I tell you I am going to go back and read the others in the series…. guess what! I am telling you the same here. I wish I had read the first book in order, (it does my OCD no good!) because I would have learned Zac’s past encounters and friends, leading us to the present day. So, bear with me whilst I have more reading to do and more reviews to share with you!

Chris Merritt can add me to his list of fans, as I loved this book, the plot, characters and most of all his writing. I found it easy to follow and to read and I couldn’t put the book down, even when I was tired and wanted sleep, so sign of a terrific book!

Listen to a snippet of the Audiobook here

What did other reviewers says?

Audio killed the Bookmark says:- Sometimes I struggle with police procedurals, there is too much procedural and not enough character development… I thought this book had a really good balance of both… and bonus Zac is a healthy well-adjusted character without an addiction…. additionally he is married with children…. The one thing that does haunt him though is the murder of his daughter, and I would think anybody would be haunted by this police or not…

Chocolate ‘n’ Waffles says:- Fun is NOT the word I would use for this opening. I was scared, my body was shivering with trepidation, my brain was sizzling, trying to get all the details in. Okay, yes. I loved it. I was breathless and stunned by the impact of each chosen word. That’s when I knew...That the author had won. I was hooked. His writing is razor-sharp, intense, and yet there is so much emotion coming and going, it’s bliss. Pure bliss. I know you’re gonna say anyone can write. No. No, you are so wrong. There are lots of amazing authors, I’ll give you that. But Chris Merritt? He knows how to get you hooked and unable to think of anything else than what’s awaiting you on the next page. I physically could not put the Kindle down!

On the Reviews says:- So this is the second in the DI Boateng series and can be easily read as a , something I can attest to having not read the first myself…This is a really dark, fast paced and gripping read, with the tension never really lets up and will have you turning those pages!

Chris Merritt is a British author whose crime thrillers combine psychology, suspense, and characters you care about.

All his novels are set in London, where he lives. He began writing fiction in 2014, after previous careers as a diplomat, based in Iraq and Jerusalem, and later as a psychologist working with victims and perpetrators of crime. He specialised in treating Post-Traumatic Stress Disorder (PTSD), which sparked his interest in telling stories about how people cope when faced with extreme adversity.

Now he spends most of his time writing novels and drinking coffee while *thinking* about writing novels. When he’s not writing, he loves climbing and playing basketball. 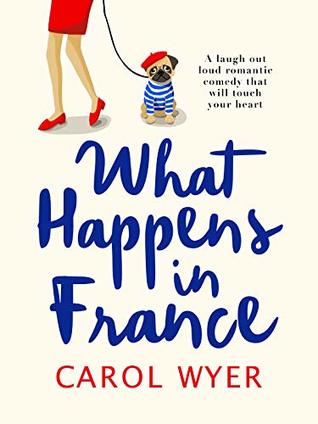