Another exciting post today as this time we look at the truth behind a scene from Whiskey Tango Foxtrot this time!

Ok so over to Gina…

In this chapter taken from Whiskey, Tango, Foxtrot, Mavis and Ella are meeting Joe’s cousin Frank, who now goes by the name of Francesca, for the first time. After making a promise to Joe, Mavis has agreed that Frank can be a bridesmaid at their forthcoming wedding.

A KIPPER A DAY
I stood with my back to the passing traffic, my reflection in the window of Felicity Kipper Bridal Wear was sandwiched in between a beautiful Vera Wang all-lace creation, and something that resembled one of those awful 1970’s frilled bog roll covers that had a doll shoved in the middle.

“What time is Frank meeting us here Mum?” Ella tipped her head to one side, studying her own reflection as she flicked her hair behind her. “Wonder what he looks like now that, well you know, now he’s a she.”

I tried to study my reflection but gave up after seeing how distorted I looked, well, at least I hoped it was a distortion and not too many of Joe’s little chocolate treats he kept lavishing on me. Liking a woman with curves was one thing, having them wobble down the aisle towards you smothered in Victorian lace and chiffon, was another thing entirely.

I breathed in, shrugged my shoulder to jiggle my right nellie back into place so it sat in near-perfect realignment with my left one and checked my reflection again.

Near as dammit, it would have to do.

“Well, he should be here by now, maybe he’s got a little delayed.” I hopefully offered. “Come to think of it, we should really start mentally preparing ourselves to say she and not he and to remember Frank is now called Francesca.”

“Gosh Mum, I’ve never come across anything like this before, do you think….”

As the number 7 bus to West Kirkdale roared past, the wake of its speed blowing Ella’s hair in her face, she was interrupted.

“Hello, my darlings, oh my goodness sweet cheeks aren’t you adorable…” the vision squeezed Ella’s rosy cheek between finger and thumb, “…you’re just beautiful, and this must be your mum, well our Joe certainly has good taste, how wonderful to meet you both at last!” Frank enthusiastically stuck out his hand. I stood open mouthed in awe, not knowing if I was supposed to shake it or kiss it, he then changed his mind, grabbed me in a bear hug and planted a kiss on each cheek before holding me by the shoulders at arm’s length. “Oh, darling I know you and I are just going to be the bestest of friends, aren’t we?”

I nodded enthusiastically, not sure what to say. I’d expected something quite different than what was standing before me.

At 6’3” and at a guess, 210lbs, Frank could hardly be described as sylphlike. I quickly scanned him. Short blonde hair, plucked and arched eyebrows, beautifully smooth skin and a distinct absence of any chest hair peeking from above his pink gingham shirt. His jeans were perfectly tailored to fit and an expensive looking brown soft leather satchel was casually slung over one shoulder and across his body.

“Oh err, hi Fran…. Frances…” I paused, desperately wondering which name to use, “err…Frank, yes, Frank…lovely to meet you too, Joe has told us so much about you.”

Shit, that didn’t sound right, oh gawd he probably thinks we’ve been discussing him, maybe even making fun of him, why did I say that? I should have just left it at a simple hello.

I squirmed as Frank stood back to take in the shop frontage.

“Well Felicity Kipper Bridal Wear, let’s see what delights your little Emporium holds.” He grinned again showing off his perfectly straight teeth, whitened to within an inch of their lives as he admired Vera’s little lace number in the window.

“Kipper, what a name, think I would’ve changed that before the sign writers were brought in…” he rummaged around in his bag bringing out a neatly folded pink cotton handkerchief. “…the last time I heard the words kipper and lace in one sentence was when the fabulous Dame Connie Lingus needed a knicker change!” Frank delicately waved his
handkerchief and let out a deep, hearty laugh.

“Jeez Joe, you could have told me!” I slammed the bar down on the toaster, the four slices of bread disappeared into the slots. Yesterday’s crumbs that had settled on top of the chrome bounced and fell onto the worktop.

He ran his fingers through his hair and took a slurp of coffee, giving me a sad dog look, hoping that would still the onslaught. It didn’t.

“He’s a man Joe, or at least he was when he came for the bridesmaid fitting. Just when is he a woman? Weekends or just the holidays? I’m so bloody confused.”

“Bloody hell Mave, I don’t know, maybe he’s in that, what’s it called…. transitional phase. All I know is that mum told me he’s been Francesca for years now and would be better suited as a bridesmaid than an usher. Maybe it’s to make life easier for him, he dresses whichever way is best for where he’s going.”

I scraped the butter knife across the crunchy piece of toast making sure it covered right to the corners. Felicity Haddock, or Kipper, or whatever her ruddy name was, hadn’t seemed the least bit phased when Frank had stood in the middle of the dressing room in a turquoise man-thong waiting to be measured. He definitely waxed his chest hair and to be honest, I suspected he’d also waxed his nether regions too as nothing had peeped up from that fluorescent blue triangle when he’d bent over to take his socks off.

I frisbee’d the plate along the breakfast bar to Joe, hoping it would evidence my annoyance at him. I knew I was being unreasonable and that it wasn’t really his fault, but my nerves were jangling with the forthcoming wedding and coping with Dad.

“To be quite honest by the time the dress is made to measure for him I hope it won’t look too out of place and he said he had a choice of wigs he could wear, even asked me what colour and style I’d prefer.” I took a bite of toast, trying to catch the blob of marmalade before it hit my shirt. “He’s actually really feminine in his mannerisms Joe, I’ve got a feeling he
makes quite a fabulous woman on the quiet.”

Joe stood up from the stool and tightened the cord on his dressing gown. “Still can’t believe it, Frank and I did everything together as kids, he even taught me how to play with his Clackers in the school playground, he was a real boys boy.”

I stopped mid-crunch. “Clackers? Hope that’s not some sort of euphemism if it is you might have missed the signs!”

Grabbing the last remaining piece of toast, he whirled around and kissed me on the forehead. “Nah, it was that thing with two balls on the end, you used to shake it up and down until it almost broke your knuckles.”

I burst out laughing. “Well there you go Joe; I rest my case!”

The story of Frank/Francesca is completely fabricated, a figment of my over-active and fertile imagination. When drafting out the storyline for Mavis and Joe’s wedding, I penned and discarded so many ideas and scenes because they didn’t encompass their personalities or their way of life, I wanted something funny, maybe a little outrageous and in keeping with her
penchant for always getting the wrong end of the stick. I was reaching the point where I was going to cancel their wedding plans and just have them living together, when a friend, the fabulous Paul Carroll from Music Hall Tavern, popped up on my Facebook timeline with a video from one of his MHT UK tours.

Paul and his incredible cast are top notch, very funny and talented Drag Queens, so what could be better than to model Joe’s cousin on Paul, after all this is Mavis and Joe we’re talking about and nothing ever runs smoothly or is normal for them. Paul helped me develop the character of Frank/Franny Flange and inspired me to use Shirley Bassey’s ‘Big Spender’ as his wedding theme tune. I spent hours Googling and researching where and how Drag Queens tuck their manly bits and how they contour and shade a cleavage on a flat chest. I’d be mortified if my on-line search history was ever revealed to the world.

I love this scene and the awkwardness that Mavis feels, but it’s nothing like the wedding scene!! Thank you for sharing this Gina! I do love the behind the scenes with the story vs the truth! 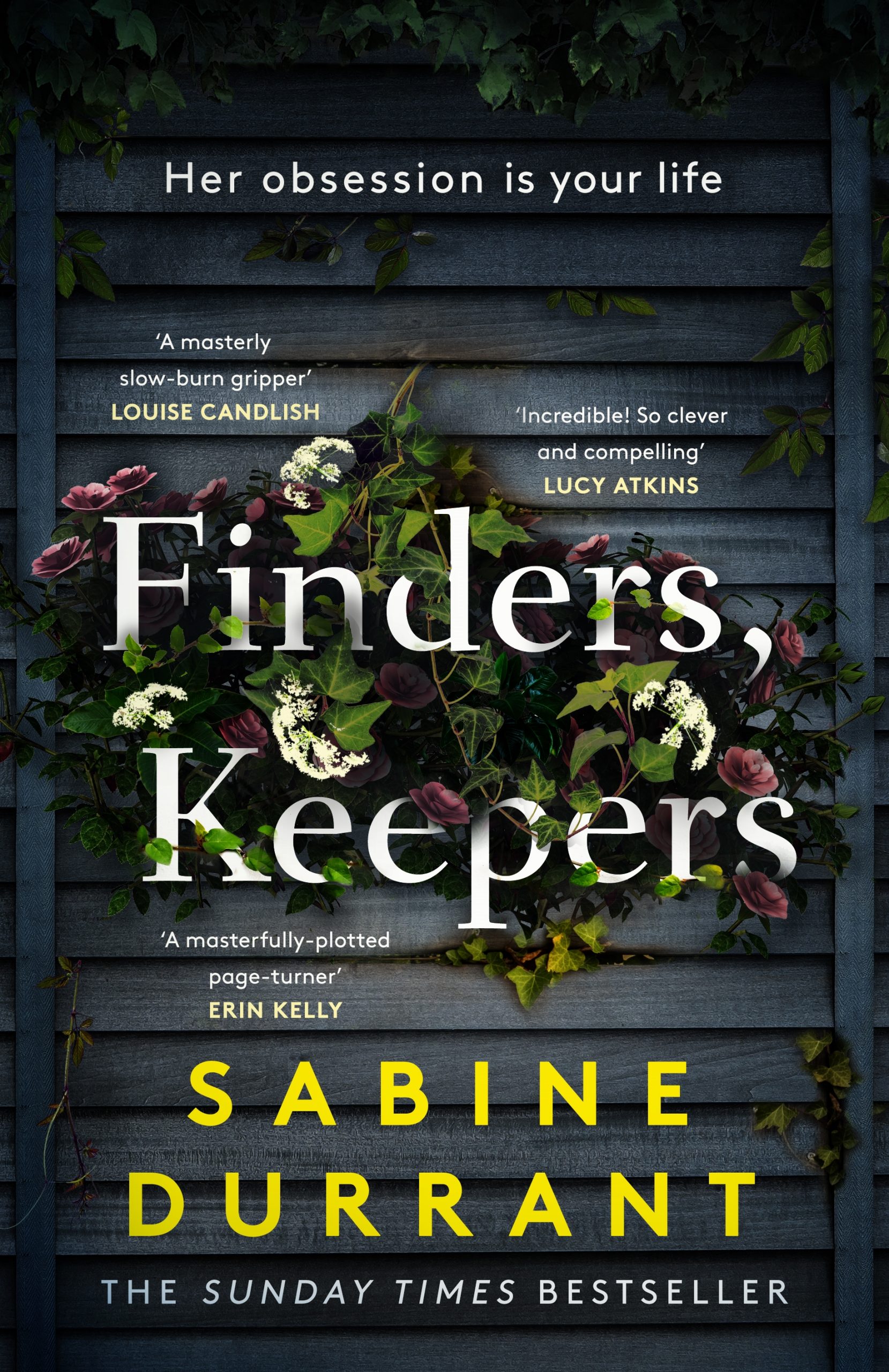