One of my favourite parts of these #AuthorTakeOver’s is doing the Q&A and I have done one with Chris before which you can find here. That was so much fun, so I decided to ask a few new questions and see what else we could learn!

We are going to start with some “tough” and “boring” questions…. (they really aren’t!)

Ok, tough question to start with! What is your favourite book that you have written and why?

I think Bring Her Back, the first Zac Boateng and Kat Jones novel, will always be special because it was my debut. But I really like Knock Knock, too – it’s got a different feel to the Boateng and Jones series, with more psychological suspense. And I really enjoyed creating and writing the new characters of Dan Lockhart and Lexi Green.

I think my favourite to date is Life or Death or Bring Her Back (I haven’t finished Knock Knock yet!)

What do you think happened to the characters after the book ended?

Well, I couldn’t reveal any spoilers for the Boateng and Jones series, except to say that you might see them again in the future… As for Lockhart and Green, I wouldn’t want to give too much away there, either, but they will return for a second instalment in the summer – and it’s safe to say that after the events of Knock Knock, they won’t be quite the same!

Summer!!! Summer OMG I can’t wait for the next instalment already! Plus such an evasive answer, such a tease!

Well, can you at least share with us something Knock Knock that isn’t in the blurb?

The blurb tells us that Knock Knock is a crime thriller where psychologist Dr Lexi Green helps detective Dan Lockhart with a serial killer case. But it doesn’t say much about the relationship between Dan and Lexi, which I think is one of the drivers of the book. Lexi is a clinical psychologist who starts out as Dan’s therapist. He’s a blue-collar, ex-military man who doesn’t trust many people, and rarely opens up about how he feels. Over the course of their therapy sessions, he’s come to trust Lexi, and each has begun to develop some feelings for the other (trust me, it’s complicated!). I loved writing scenes where they were together, or thinking about each other. I hope their relationship has depth and mileage. But you’ll have to read the book to find out where it goes…

Oh it is complicated alright! I am looking forward to seeing how their relationship pans out!

Right, last one of the “serious” questions, if Netflix wanted to make a Boateng & Jones or Lockhart & Green TV show, would you want them to? And who would you cast?

Absolutely! I’d love to see those series come to life on screen. I think Chiwetel Ejiofor would be an amazing Zac Boateng, while I could imagine either Molly Windsor or Jessie Buckley playing Kat Jones really well. I’d cast Paul Anderson as Dan Lockhart (thinking of his ‘military’ roles as Colonel Sebastian Moran in Sherlock Holmes, or Sergeant Leslie Lewis in ’71, more than his Arthur Shelby in Peaky Blinders), particularly since he’s a Londoner. And a great young American actress like Dakota Fanning or Madison Lintz would be awesome as Lexi Green. If any of them are reading this and interested, then their people should definitely speak to my people.

(l-r Jessie Buckley, Molly Windsor, Chiwetel Ejiofor) I think that Chiwetel would be awesome as Zac! I mean in my mind it was Idris Elba but I think I just think he can do any role……….anyway mind is out of the gutter!!

(l-r Madison Lintz, Dakota Fanning, Paul Anderson) I think Madison would be awesome as Lexi! I love her in Bosch and Paul, yeah I can see that!!)

Ok, let us move onto some fun questions! Because I want to have some fun.

Okay, why don’t you tell us…I mean ME ME! a unique or a quirky habit of yours.

I’m a world record holder for being part of the largest ever kazoo band – not that I like to talk about it too much, obviously… That’s quite quirky. On a more everyday level, though, I often write while listening to drum and bass music on headphones. A lot of people can’t stand it, but I grew up listening to it as a teenager and love it. Now, I find the repetitiveness helps me focus while its tempo keeps up the pace of my work. If I’m doing chores at home, then I have a slightly embarrassing habit of putting on cheesy 90s dance to get me moving, but most of those songs have lyrics (including numerous, terrible raps!) so I couldn’t write to them.

Nothing wrong with a bit of cheesy 90s dance! Takes me back to my teens….anyhoo, a picture of a Kazoo incase you are interested! What an achievement too!

If you were to find a bottle with a genie willing to grant you three wishes, what would you wish for?

If it’s a particularly strict genie who won’t allow me infinite wishes, then I’d probably just go big: a reversal of climate change, an end to poverty, disease and conflict (I reckon that counts as a single wish), and bottomless bank accounts for my friends and family. Same as most people, right? On second thoughts, maybe I’d swap the bank account one for a never-ending supply of great writing ideas (sorry, guys).

Ok, if you could invite-only one person to dinner, who would it be and what would you cook?

I’ve made jollof rice quite a few times since a former colleague introduced me to it, so I wouldn’t mind taking on the challenge of cooking that for my two fictional jollof connoisseurs, Zac Boateng and his wife, Etta. It’d be handy for them to come round to mine, since we ‘live’ in the same part of London… Otherwise, I’d love to entertain one of my sporting heroes, like LeBron James, Andy Murray, Adam Ondra or David Belle, and listen to their stories. Since they’re all pro athletes, though, the food would have to be healthy, which would probably mean no pudding or booze (not for them, anyway).

I said only one person, not 5! Will there be enough room around the table, because I want to try Jollof rice…

So if the day ever came and you were stranded on a desert island and could only access one author’s works, who would it be? Remember one! We didn’t do too well on the last question….

Tough one. For a desert island, it’d have to be an author with a very large body of work! I have a few favourites – I’ve read everything that Val McDermid, Mark Billingham and Michael Connelly have written in recent years as well as a lot of their back catalogues. They’re all masters of the thriller genre and their books are always engaging, authentic and cleverly plotted. But if I had to choose one author, it’d probably be Jo Nesbo. His novels have everything. Since their incredible level of detail makes them longer than most thrillers, the entire Nesbo collection would keep me going for a while on that desert island, until the rescue boat arrived. (There is a rescue boat coming, isn’t there?)

Hey, I am the rulebreaker around here – I said, one author! Not sure if I will send the rescue boat now…..

Sad to say this is the last question now, I know collective “OH”. If you discovered you were the last person on Earth what would you do?

Probably try to work out where everyone else had gone… and why it was just me left!

With the of books you have to read, I think you might be fine for awhile!

Thank you so much Chris for taking a break from your schedule to answer more of my questions! It has been fun getting to know more about you! 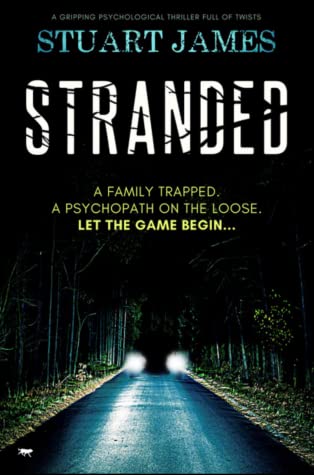