It’s 1987, and Soho is in the grip of another hot summer. While working part-time in The Red Lion, Joe finds himself agreeing to help a notorious gangster search for her missing girlfriend.

Antonia The Gecko Lagorio is daughter to the ruthless but ageing gang boss, Tony The Lizard Lagorio. When her girlfriend, Charlotte Fenwick, goes missing, Antonia turns to Joe for help, believing her to have been kidnapped by a rival gang.

Charlotte Fenwick is daughter to multi-millionaire, Charles Fenwick—who also happens to be one of Freddie Gillespie’s bigger clients. Keen to keep any hint of a scandal out of the public eye, Charles Fenwick had already asked Freddie to recruit Russell and Joe to help him find his daughter discreetly.

With both of them on the case, Joe and Russell find themselves trying to stop a turf war between the two rival gangs while uncovering all manner of dark secrets about the missing heiress and her troubled life.

Meanwhile Freddie Gillespie has a run in with an old foe that could see him lose both his job and his relationship with Russell.

I am seriously in love with every one of these novellas in the Soho Noir series. I love the nostalgia with the book titles and the songs and I love Joe and Russell and to have them both back in my life well it was harmony. I have one gripe, only small, tiny even and maybe it’s more my fault butttttttttttt…….it was too short! I must have inhaled the book because one minute I had started the book the next thing I knew I was at the end of the book – I mean the what the hell!! I just can not get enough of this series!!!

This time I had guessed what was going on before Joe and Russell that I was urging them to hurry up and get that all-important light bulb moment to catch up. However, Russell had other things on his mind other than his case as something is not quite right with his extremely hot boyfriend Freddie.

A missing heiress who has got herself in a spot of bother with some unsavoury people, a turf war is threatening like a dark rain cloud ready to explode and Skinner seems to be wafted the edges. As you can see this book has EVERYTHING!! Joe and Russell have to work really low key on this case as Charles Fenwick, the father, the multi-millionaire, does not want this to get out under any circumstances.

One of my favourite things about Crazy for You is that Freddie got so much page time. I loved watching his character struggle with being two separate people, work Freddie and out of work Freddie. (Ok I didn’t love the struggle but I just loved him) He is a very well connected man and one probably not to be messed with but to see him hit where it hurts and for it to cause friction in his life was really upsetting. Whilst the story is to focus on the missing girl, I was more intrigued to know how Freddie was going to deal with his situation. In my eyes, he is my favourite, sorry Joe!

Ah, so we come to my favourite duo of the hour! Joe and Russell have come on leaps and bounds since we first met them in Tainted Love. Joe working in the Red Lion and Russell still moonlighting as a P.I. both have different contacts in the world, both have different ways of dealing with things but both still blow me away. The cases have not always been cut and dry, but unlike some books which are made to be a bit fanciful to add to the tension, here everything is discussed as every day people would. The thought process, the logic I followed completely because I was asking the same questions when new evidence or information was given to us.

I say it every time but boy I can not wait for the next book!! Hunter has created such a dynamic duo and with each novella bringing in new characters a bit more to make you care. I mean it started off with just Joe and Russell, now we have a whole group of guys who if anything happened to any of them would upset me….so how about nothing does! lol

I do have a feeling of dread for the next book though, with Skinner lingering and the next book being Killer Queen, I am just a little bit worried.

Thanks to Dylan at Red Dog Press for the tour invite and the author for a copy of the book in return for my honest and unbiased review.

Claiming to be at least half-Welsh, T.S. Hunter lived in South Wales for much of his latter teens, moving to London as soon as confidence and finances allowed. He never looked back.

He has variously been a teacher, a cocktail waiter, a podium dancer and a removal man, but his passion for writing has been the only constant.

He’s a confident and engaging speaker and guest, who is as passionate about writing and storytelling as he is about promoting mainstream LGBT fiction.

He now lives with his husband in the country, and is active on social media

3 responses to “#BookReview of Crazy for You by T.S Hunter @TSHunter5 @Reddogtweets #SohoNoir #CrazyForYou” 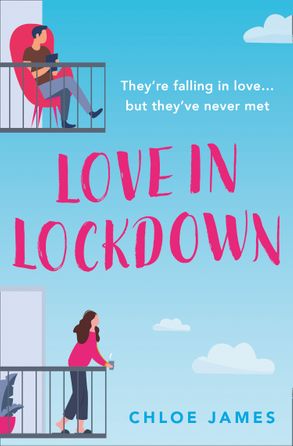