I have watched a mix bag of films this week, not all of them have been good!

After his wife’s death, Dr. John Dolittle (Robert Downey, Jr.) decided to hide from the world with his beloved animals. But he has to take a journey to a mysterious island to find a healing tree, which is the only medicine that can help the dying Queen Victoria (Jessie Buckley) in Buckingham Palace.

Now if you don’t like Robert Downey Jr, then this is probably not a film for you because it is his show. Me, on the other hand, is a HUGE fan of his! I adored this, we were laughing through this film, the jokes and the quirkiness played into Downey Jr’s hands, although the Welsh accent did have me chuckling at first. Michael Sheen as the comical bad guy was fab and even the cameo from Banderas was great. There are a lot of names in the film but you don’t see them all as some of them are animals. At heart, it is a simple film, a broken man, made to rejoin the world with the help of a young boy. On an adventure to save the Queen we see him become whole again.

This film is a hoot and made me smile and it’s one I could watch again and again, I think my favourites were the scared Gorilla and the caring Polar Bear. It captured my heart and I really hope there will be a second film because there is so much more that they can do! The story of the unbreakable bonds of friendship, the camaraderie and the hope are the themes in this film plus lots of adventure and mishaps. Who knew this would be the type of film where you see a Gorilla scared of his shadow screaming like a girl or a tiger getting therapy and wanting to prove his mummy wrong by eating a well-renowned poacher like this brother.

It makes me smile just thinking of it!

Two years after Ethan Hunt had successfully captured Solomon Lane, the remnants of the Syndicate have reformed into another organization called the Apostles. Under the leadership of a mysterious fundamentalist known only as John Lark, the organization is planning on acquiring three plutonium cores. Ethan and his team are sent to Berlin to intercept them, but the mission fails when Ethan saves Luther and the Apostles escape with the plutonium. With CIA agent August Walker joining the team, Ethan and his allies must now find the plutonium cores before it’s too late.

This, I think, has to be my favourite Mission Impossible film bar the original. The team is back together and this time Lane is in the picture. After bringing down the Syndicate previously there is another organisation in its place and the “Apostles” are trying to acquire plutonium which means you know this will not end well. We all know that Ethan Hunt is not going to have an easy life in the next couple of hours!

The fight scenes and car/bike/helicopter chases were immense! I have been a huge fan of Cruise for years and I think it adds the magic knowing he did most of his own stunts. I could not get over the fighting, it just blew me away. Cavill the big (hot) “brute” fighting with the smaller nimble Cruise to take out a bad guy worked so well. I love car chases, but when you mix it up with Motorbikes and a bloody helicopter it adds to the fun and the thrill, especially making you sit on the edge of the seat because you are more exposed in one those vehicles! As I said they all just worked, normally I do my embroidery when I watch films, but this time I just sat there transfixed to the screen soaking up everything that was playing out.

Some new fresh faces, the normal Mission Impossible twists that played out, backstabbing, double-crossing, crossing more double-crossing, just nailed it. I could not get enough of it! Loved the introduction of Vanessa Kirby as the White Widow, and excited to see she will be in the next one! She was brilliant and I really like her as an actress.

I love seeing the old team back together, but I do miss Jonathan Rhy Meyers and Jeremy Renner on the team but Henry Cavill did manage to distract me for a couple of hours! The tricks, the gadgets, the theme tune and the all-important message…

“Your mission if you choose to accept it…..”

A tale of double cross and revenge, centered upon the members of an elite U.S. Special Forces unit sent into the Bolivian jungle on a search and destroy mission. The team-Clay, Jensen, Roque, Pooch and Cougar -find themselves the target of a lethal betrayal instigated from inside by a powerful enemy known only as Max. Presumed dead, the group makes plans to even the score when they’re joined by the mysterious Aisha, a beautiful operative with her own agenda. Working together, they must remain deep undercover while tracking the heavily-guarded Max, a ruthless man bent on embroiling the world in a new high-tech global war.

This film is based on a graphic novel, which I didn’t know and god I hope they do a second. This film has not been marketed at all and I think it may have struggled because DC just do not know how to do things in the Marvel capacity. However, I really enjoyed this!

Action-packed, with some shocking double-crossing. The losers are on a mission and they are told to walk away, instead, they rescue the children, and bam the beginning – jaw dropped – man that was dark, and I imagine it should have been darker. These men, now stuck, trying to make their way home, but a bit stuck until Aisha makes an appearance.

The fight scenes were great fun to watch and the acting for these were entertaining and enjoyable. However, the cringeable bit was Jason Patric, the bad guy, shudder, his acting was just woeful, he tries to be funny and sometimes it worked sometimes you wanted to hide behind a cushion for him.

Left open, to make for an interesting sequel, I just don’t feel we will ever get one which is a shame. This team of actors/actress just worked, Chris Evans the comical genius, Jeffrey Dean Morgan, the hot smouldering leader, Idris Elba….well he is Idris. Sorry I have just stripped the film of meaning here to drawl…..now where was I! lol

Overall, it was a fun hour and forty minutes and I definitely don’t regret it, the jokes that worked were funny and the fighting, well I do love explosions and car chases! I will keep everything crossed for a sequel, but only if they have these actors back!

Other films watched this week

Dora and the Lost City of Gold – This was a family film, it was quite and I loved Boots the monkey. It was an enjoyable film, Mini me has never watched the show so I wasn’t sure how she would take it but she seem to like watching it. It was an easy watch for a sunday afternoon.

Hope you have seen something that might have caught your eye for the weekend! 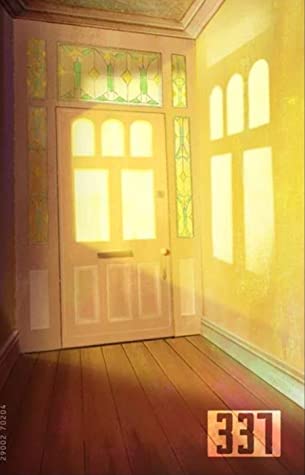