Well this was a very interesting poll this week, with the feature of chuck them all could throw a spanner in the exciting works and well…..it did!!! This is how the voting went last week….

Well, I had a joint winner but what is this in 2nd place……None of Them!!! I did have to laugh, however, as it came in 3rd I will chuck the other 4 but keep the other books it’s only fair! A reminder of what has been saved from last week. I think it is brilliant that Sophie Kinsella was saved as there were a few words that had been said about this one..and not all good!!

Quite a mixture for you this week and I am struggling with deciding what should stay!

The Last Anniversary by Liane Moriarty

Sophie Honeywell always wondered if Thomas Gordon was the one she let get away. He was the perfect boyfriend, but on the day he was to propose, she broke his heart. A year later he married his travel agent, while Sophie has been mortifyingly single ever since. Now Thomas is back in her life because Sophie has unexpectedly inherited his aunt Connie's house on Scribbly Gum Island -- home of the famously unsolved MunroBabymystery.

Sophie moves onto the island and begins a new life as part of an unconventional family where it seems everyone has a secret. Grace, a beautiful young mother, is feverishly planning a shocking escape from her perfect life. Margie, a frumpy housewife, has made a pact with a stranger, while dreamy Aunt Rose wonders if maybe it's about time she started making her own decisions.

As Sophie's life becomes increasingly complicated, she discovers that sometimes you have to stop waiting around -- and come up with your own fairy-tale ending.

As she so adroitly did in her smashing debut novel, Three Wishes, the incomparable Liane Moriarty once again combines sharp wit, lovable and eccentric characters, and a page-turning story for an unforgettable Last Anniversary.

Recipe for Love by Katie Fforde

Also by this author: Staying Away at Christmas

Take one aspiring cook, one judge, and a spoonful of romance...

When Zoe Harper wins a coveted place in a televised cookery competition she's thrilled. It's a chance to cook her way to fame and fortune and the little delicatessen she's set her heart on.

The first task has hardly begun when she finds herself with rather too much on her plate. Not only has she got to contend with the fiercely competitive and downright devious Cher, but she's fast developing an inconvenient crush on one of the judges - the truly delicious Gideon Irving.

All too soon there's more than canap�s, cupcakes and cordon bleu at stake. Will Zoe win the competition or is Gideon one temptation too far? And is Zoe really prepared to risk it all for love?

When She Was Bad by Tammy Cohen

YOU SEE THE PEOPLE YOU WORK WITH EVERY DAY.

BUT WHAT CAN'T YOU SEE?

Amira, Sarah, Paula, Ewan and Charlie have worked together for years - they know how each one likes their coffee, whose love life is a mess, whose children keep them up at night. But their comfortable routine life is suddenly shattered when an aggressive new boss walks in....

Now, there's something chilling in the air.

Who secretly hates everyone?
Who is tortured by their past?
Who is capable of murder?

The Handmaid's Tale by Margaret Atwood

Offred is a Handmaid in the Republic of Gilead. She may leave the home of the Commander and his wife once a day to walk to food markets whose signs are now pictures instead of words because women are no longer allowed to read. She must lie on her back once a month and pray that the Commander makes her pregnant, because in an age of declining births, Offred and the other Handmaids are valued only if their ovaries are viable. Offred can remember the years before, when she lived and made love with her husband, Luke; when she played with and protected her daughter; when she had a job, money of her own, and access to knowledge. But all of that is gone now...

Evading the Dark (The Cross Chronicles #1) by E.M. Rinaldi

High school sucks. It doesn't matter who you ask; jock, cheerleader, computer nerd, or band geek, they will all say the same thing: It's a nightmare. But Casey is still wondering how she got the short end of the stick. Just a Sophomore at the prestigious Luthos Academy for Magical Beings, Casey already knows more about heartache and fear than any almost-sixteen-year-old should. Orphaned and left to be raised by the Academy, she spends her days training to become a Guardian, but that dream is looking dimmer with every day that passes.Unlike the wand-waving heroines in all her favorite books, Witches in her world don't cast spells, they are born wielding the power of nature: water, fire, earth, or air; powers Casey never developed. She'll be lucky if they even allow her to take her final exams. She is top of her training class, but that doesn't keep her from being looked down upon by every other being at her school. All Casey wants is to be given a chance, instead she finds the only life she's ever known targeted by an unfathomable evil. Thrust into the center of an age-old prophecy, a war is coming with Casey at the reins. Will relying on her hard earned training be enough for her to make it out alive?

The Patriot: The Shocking and Surprising True Story of Aaron Hernandez-A Charmed Superstar, His Deadly Crimes, and His Explosive Trials by James Patterson

Librarian's note: An alternate cover/title edition can be found here

The world's most popular thriller writer presents the definitive, never before told account of the Aaron Hernandez case. Everyone thought they knew Aaron Hernandez. He was an NFL star who made the game of football look easy. Until he became the prime suspect in a gruesome murder. But who was Aaron Hernandez, really?

Rich with in-depth, on-the-ground investigative reporting that gives readers a front row seat to Hernandez's tumultuous downward spiral, THE PATRIOT will reveal the unvarnished truth behind the troubled star, with first-person accounts and untold stories--from his hometown of Bristol, CT to his college days in Gainesville, FL to the Patriots' NFL locker room where he ascended to stardom, to the prison where Hernandez spent his final days. Packed with the shocking details of a true crime masterpiece and the pacing of a suspenseful thriller, THE PATRIOT answers the questions that everyone is asking about Aaron Hernandez.

Well this is exciting this week! Look forward to the votes and the discussions!!! 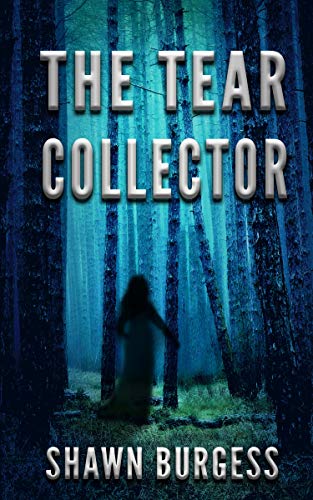